You You're A History In Rust 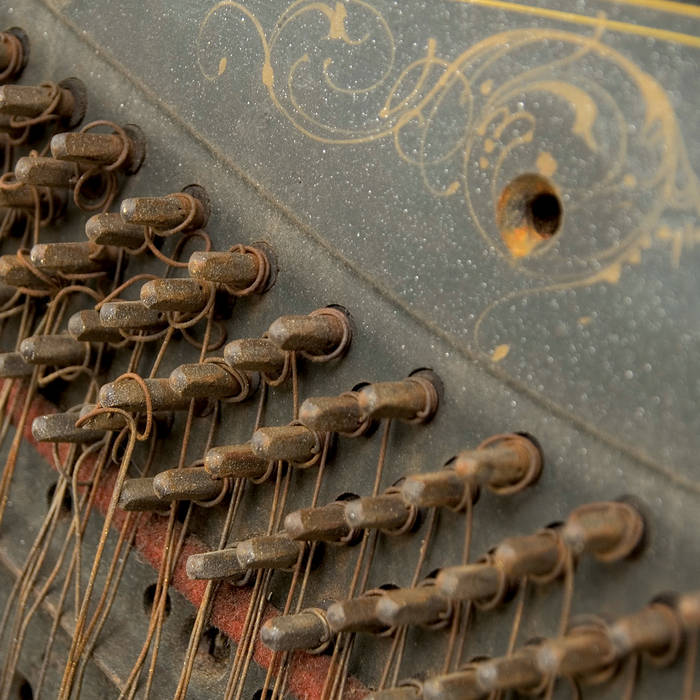 Since their debut record in 1998, Do Make Say Think have made one critically-acclaimed album after another. They are one of the most consistently inventive instrumental rock bands of the past decade, and one of the most self-realised: DMST members themselves have recorded, mixed and mastered all the band’s work, developing a highly original and finely detailed approach to audio production. You, You’re A History In Rust is the fifth record by Do Make Say Think and a brilliant extension of the band’s unique sonic narrative.

In many ways the new album picks up where Winter Hymn Country Hymn Secret Hymn left off – acoustic fingerpicked guitars are the recurring compositional anchor, with drums and percussion fluttering around these campfire themes while horns and electric guitars gather in swarms. The songs on You, You’re A History In Rust develop like moths drawn to a flame, instruments tracing erratic circles around a flickering, elusive centre. This organic non-linearity will be familiar to fans of the band, as DMST honed this kind of overlapping, multi-thematic ebb and flow over the last couple of records. And as these fans know, DMST’s approach to musical deconstruction is never academic, forced, or played merely for effect; it is always a matter of weaving the captured elements together with the mixing desk played like a master instrument. As with previous releases, DMST set up in remote locations for the main recording sessions, tracking these new songs at a cottage and barn in rural Ontario, Canada and returning to their Toronto homebase at th’Schvitz studio for overdubs and mixing by production wizards Charles, Ohad and Justin.

Album opener “Bound To Be That Way” puts all these elements on fine display: recorded rhythmic and melodic figures fade in and out along with found and recovered sounds, lead instruments slide and shift in the mix, and the band’s dual drummers deploy separate channels of syncopated stutter. “A With Living” will surprise hardcore DMST followers, as it features full-on verse-chorus-verse singing that builds towards lovely massed vocals before breaking down again into a beautiful modal horn denouement. “The Universe!” and “Herstory Of Glory” serve as tight, snappy firecrackers set off within the rest of the album’s pensive, dusky atmosphere.

Recorded by Do Make Say Think. TRACKS 2, 3, 4 recorded at the Mitchell family cottage in Parry Sound ON, April 2005. TRACKS 1, 5, 7 recorded at the Howard family barn in Delta ON, September 2005. TRACK 6 recorded at th’ Schvitz in Toronto ON, May 2006. TRACK 8 recorded to minidisk at Room 8 (rehearsal space), March 2006. Mixed and mastered at th' Schvitz by Ohad, Justin and Charles.